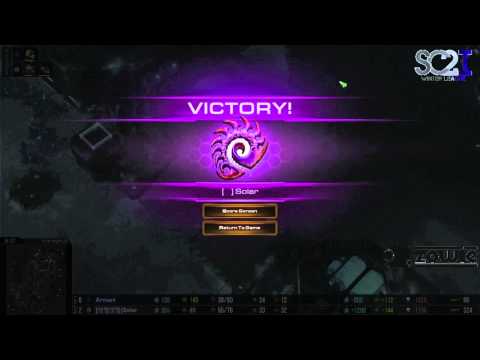 The SC2Improve Summer League 2014 has been going on for many months now. It was not a pretty start - the first two qualifiers saw stream issues so that we could not broadcast the entirety of the event and the qualifiers following saw multiple delays and postponements as real life issues and other tournaments kept interrupting the original plan. When we finally got some dates set for the RO16 we were a month behind schedule - but then something else came up to force us to delay the groups for even longer.

Thankfully this is all behind us and we had some really awesome games in the RO16, leaving us with 8 players who will be hunting for the SC2Improve Summer League 2014 title. The quarter-finals are expected to all be broadcast on the 30th of October, but we are still awaiting confirmation from 1-2 players. Until the show is good to go, here is our preview of the players and matches in the quarter-finals!

The Summer League 2014 started with a bit of a fizzle - technical difficulties prevented us from broadcasting the semi-finals & finals of the first qualifier which was won by Team Spectre's newest acquisition - Arthur.

On his way to the finals he took down previous SC2Improve Champion Adonminus, MaxFloPlaY's souL and Gravity's Blast without dropping a map. In the finals he came up against Ansopedi who had notably defeated JonnyREcco in the lower side of the bracket.

Today is our first announcement for this years SC2Improve Summer League! Not only have we released all the information including prize pool, qualifier dates and so on - but we have also announced this years two invited players who will play a BO7 show-match at 4pm CEST on the 11th June to launch the Summer League!

These two players are two of the best players we have ever had play in the SC2Improve Leagues and we are very excited to welcome both Liquid'Bunny and viOlet to the SC2I Summer League 2014!

Join us on our social media to keep completely up to date with everything in SC2Improve.